I'm joined for this post by a very nice historical fiction author who deals with one of the darkest, most vigorous periods in English history. 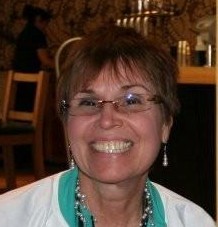 What's your name and where do you live?

My area of interest focuses on Anglo-Saxon Britain during the reign of Alfred the Great when the formidable Vikings terrorized all of Christendom. I am fascinated with the time period, for which there is scant documentation, leading to speculation and “filling in the dots” as to what actually happened in the late Ninth Century. The Briton and the Dane trilogy weaves controversial themes throughout the series, such as religious beliefs, violence, treachery and betrayal.

Recommend to readers a book you have written.

The Briton and the Dane: Concordia

Travel back in time to late Ninth Century Anglo-Saxon Britain where Alfred the Great rules with a benevolent hand while the Danish King rules peacefully within the boundaries of the Danelaw. Trade flourishes, and scholars from throughout the civilized world flock to Britannia’s shores to study at the King’s Court School at Winchester.

Enter Concordia, a beautiful noble woman whose family is favored by the king. Vain, willful, and admired, but ambitious and cunning, Concordia is not willing to accept her fate. She is betrothed to the valiant warrior, Brantson, but sees herself as far too young to lay in the bedchamber of an older suitor. She wants to see the wonders of the world, embracing everything in it; preferably, but dangerously, at the side of Thayer, the exotic Saracen who charms King Alfred’s court and ignites her yearning passions.

Concordia manipulates her besotted husband into taking her to Rome, but her ship is captured by bloodthirsty pirates, and the seafarers protecting her are ruthlessly slain to a man. As she awaits her fate in the Moorish captain’s bed, by sheer chance, she discovers that salvation is at hand in the gilded court of a Saracen nobleman.

While awaiting rescue, Concordia finds herself at the center of intrigue, plots, blackmail, betrayal and the vain desires of two egotistical brothers, each willing to die for her favor. Using only feminine cunning, Concordia must defend her honor while plotting her escape as she awaits deliverance, somewhere inside steamy, unconquered Muslim Hispania.

Recommend to readers a book by someone else.

An original, innovative psychological thriller and a dark romance. Brilliant physicist and released mental patient Jonathan Dexter is under strict orders not to get involved in relationships. Amongst other diagnoses, psychiatrists say he suffers an extreme form of Borderline Personality Disorder and relationships aren’t good him. Nor for the women he meets. Pronounced safe and sent to live in Wheatley Fields, a prosperous English town, he meets Carla, a young wildlife conservation student working behind the bar of an old tavern. The two develop a relationship against the odds. Things might be looking up. Maybe he is cured this time. Maybe Carla is the healing influence he’s been looking for. But then, as they do in relationships, things start to go wrong. And suddenly Carla finds herself in extreme danger.

I've been in touch with Mark Barry and I hope to have him here one day as well. How about sharing an interesting experience from your life as a writer?

The best comment was made by my granddaughter, Ana, who told me she can’t wait until she’s old enough to read my books. How precious is that?

Tell an interesting experience from a non-writing job you've had.

Nancy Walker (actress best known for appearing on the TV show Rhoda) and I almost collided on a sidewalk in Manhattan as I was hurrying back to work after an extended lunch hour.

What are your views about love?

In addition to being the epitome of affection, love is also a virtue, exhibiting kindness and compassion, unselfish loyalty and benevolence towards one’s partner, family, friends, and fellow human beings.

What are your views about work?

One should take pride in his/her position, no matter the job, being conscientious, diligent and hard working. This old adage comes to mind: “There are no small parts, only small actors.”

Write about your favorite teacher.

I have been fortunate to have had a few teachers over the years that encouraged me to develop my writing skills since I had a talent for bringing the reader into the story, having the reader “there” so to speak, experiencing the action, breathing the dust arising from the arena or feeling the frothy bubbles on their toes. You too can be swept away into the Ninth Century, a nice place to visit.

Give me a link to a funny youtube video with no nudity or foul language/swearing.

Where can we find out more about you?

Where can people purchase your work?