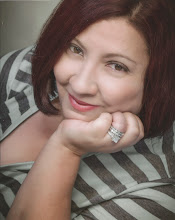 Talk about your cover design, how you got it done and what inspired it.

I worked with Devan Edwards of Nimbi Designs, (http://nimbidesign.wordpress.com/book-cover-design) on the design. Truth be told, I had no idea what I wanted for the cover. I explained the book to her and all the details that I hoped would help and immediately she proposed a rough idea for the cover. I was intrigued by the hands and the clock, but I was totally blown away by the cover, when she sent me the first proof. I think it’s important to find a cover designer (if you can’t make the cover yourself) who gels with you, and understand what the book is about. I was lucky that Devan got me and my book.

We are both writing series novels, so let's compare notes. How do you approach plotting out a series? Are you more focused on each book being self-contained or on creating multi-book storylines? Are you taking each book as it comes or do you have a broader outline?

I’m a pantser. So I’m basically flying by the seat of my pants during the first draft of the first book. It’s not until I’ve done several drafts of it, that I start making notes for the next books. As I’m revising the second book in the series right now, I can tell you, most of those notes are useless. That said, I do however know, what the books will be about, so I try to keep that in mind when drafting.

How does one go about making a character interesting enough to be used in many books?

I think the most important thing is to create a character that is both believable and strong. I am a huge fan of the Harry Potter series. As a reader, I read and re-read the series, because Harry Potter feels as real as my friends. I can relate (even though I’m not a teen any more) to the way he sees his friends, his friends’ family and everyone around him. I wanted to cheer for him, comfort him and learn from him. His strength and JK Rowling’s amazing and intricate storyline was what kept me coming back to the series.

What series novels inspired you to make your debut with a series? For me, it's probably some combination of comics, Star Wars, and the Belgariad.

I’m a Geek. Though I didn’t know I was writing a Time Traveling series sprinkled with magical beings in the beginning, once I found out, I was extremely excited. I’m a huge Doctor Who fan. Also I love Red Dwarf, Firefly, Star Trek and Star Wars. I mean I grew up with Star Wars, Marvel and DC comics, (which I took from my cousin’s bags because my grandmother thought that since I was a girl, I shouldn’t read comic books with Spiderman or the Hulk in them) I guess that all those fantastic TV shows and comic books have influenced the stories that I write, in small or huge doses.

I don't know Red Dwarf or Firefly, but I'm a big fan of the others, so we would have a lot to talk about as fans!  If you were given the chance to continue the work of a writer who has died, say, by extending a series, then what author and what series and why?

This is a very hard question. I think it would be too daunting to continue someone else’s work.

How old where you when you first started writing?

I started writing when I was twelve. When I was younger my asthma was not really that controlled so it was hard for me to sit still whilst on medication. Writing was a good way for me to sit down and focus and let my imagination (and any lingering hyperactivity) run wild. It was also a way to connect with my dad who had been an aspiring writer until he passed away when I was 4 years old.

What is your favorite thing you've written?

My first published book, Interred. It was hard work, but I could see the finish line. It felt great to be able to tell people, that after twenty-six years I finally had a book out.

Who is your favorite character(s) in any of your works?

I think Jack from Interred is one of my favorite characters. He’s cocky, funny, and vulnerable. Also he’s loyal and strong, and will do everything in his power to protect Baxter, who is the main character in Interred.

For me, Jack always represents the peasant hero in a fair tale. The upcoming "Jack the Giant-Killer" movie will be playing with that trope also. I'll be reading Interred soon and look out for the character.

How do you choose the names for your characters?

I can’t choose names for my characters. All my characters have picked their own names. I do pick their last names carefully, so they tie in with the story somehow. For example Jack’s last name is Ashdown which is generally thought to be an ancient name for the Berkshire Downs where a huge battle between the Danes and the Saxons in England. I liked the last name, especially when it tied Jack in a way to the Warriors in the book.

Here is Marilyn's blog Writing on the Sunny Side of the Street.

And here again is her book Interred, soon to be a classic.

Thanks for visiting today!