Books about the craft of writing are on my mind a lot these days, so it is my great pleasure to introduce a fine author of such books, the state of Washington's own Mary Buckham. 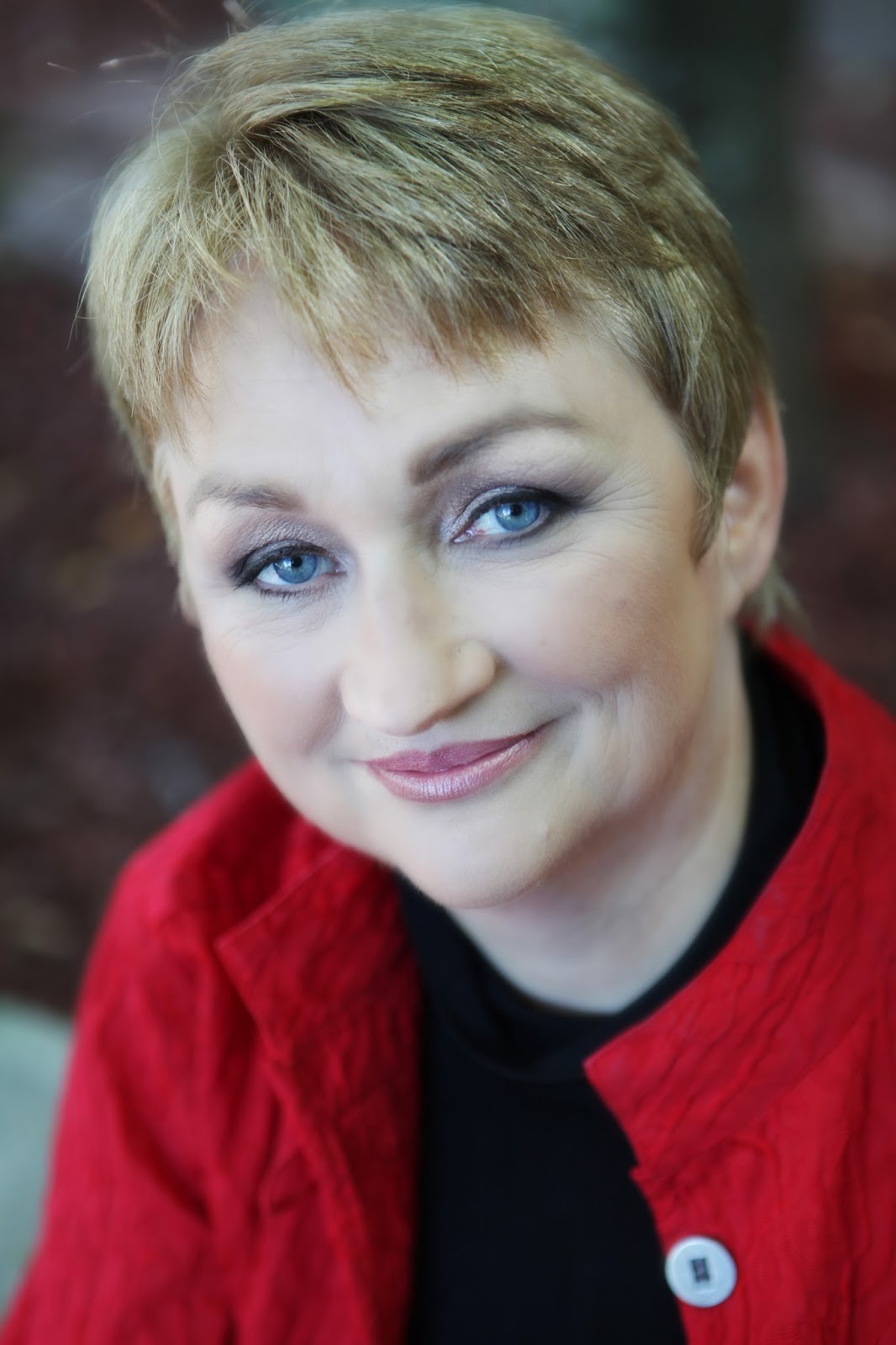 Introduce yourself, where you live, and how you like it there.

Oh, start with the hard questions first :). I’m Mary Buckham, an award winning fiction writer and a writing craft instructor. Ilive on the Northwest coast of Washington State (so far north I can see the lights of Canada across the Strait of Juan de Fuca and so far west the nextstop is (almost) Japan). And yes, I love it! Who wouldn’t with the ocean at myfeet and snow-covered peaks at my back, it’s truly beautiful country!

Talk about how you became a writer, such as when you knew writing was right for you, and what were your early steps in preparing for the career.

*** I came to writing late, though I’d always told stories. But I grew up in a family of visual artists and since I couldn’t even draw a stick man, I always assumed I was not creative, at all! It took marrying an artist who encouraged me to write to show me I might be creative after all. Early steps included reading everything I could put my hands on, talking with other writers whenever I could, and finding a way to think around raising five kids, so that I’d be able to write when the house quieted.

Who are writers you admire, past and present?

***Any writer who has managed to be published by traditional publishers I admire because they never gave up.  I read across many genres and admire different writers for different abilities; Meg Gardiner (thriller) for her pacing and powerful use of verbs and setting; Ilona Andrews (Urban Fantasy) for her (their) ability to craft fascinating worlds and characters I care about; Jodi Picoult (Women’s Fiction) for her word weaving; Markus Zusak (YA) for the emotion he brings to the page. The list can go on and on.

Tell an interesting story from your writing life.

***When I first started writing novel-length fiction I had five children under the age of eight so struggled, like many writers, to find time to write. My solution was to borrow my neighbor’s four children to create a houseful of nine very active kids. However, when I sent the four home, my five seemed relatively quiet, so I could then write with only them around.

***This is an Urban Fantasy series that has bullet pacing, complex and flawed characters, tons of conflict and cliffhangerendings. The stories revolve around five women recruited to combat preternaturals in a contemporary world that is unaware that non-humans walk among us. The first 3 books (INVISIBLE MAGIC, INVISIBLE POWER (both available in e-format and print) and INVISIBLE FATE (coming this fall) and 2 novellas (INVISIBLE PRISON and INVISIBLE DUTY) (both available in e-format now) in the series focus on one of the recruits, Alex Noziak, who is half-witch/half-shaman, and must learn to embrace her gifts for the benefit of the team, and the larger world. But I don’t make it easy for her.

Let's get into more about the Writing Active Setting series. I admit that I read a lot of craft books in the early 80s when I was learning how to construct fiction.  How did you decide to write books about craft?

*** I decided to write the books as I shifted from teaching the craft of writing (online and in person around the US and Canada). From my teaching and one-on-one work with writers in many genres I know there’s a need to be shown how to improve one’s craft and writing booksthat give writers concrete steps to apply the concepts. As I move away from predominately teaching writing to spending more time writing, making the books available is the best option!

Talk about the three books (including the one that is coming soon) and about how you decided to divide the topics among them.

* * *Each of the WRITING ACTIVE SETTING books focuses on at least three aspects of powering up and using Setting more effectively on the page regardless of what kind of fiction you write.  The first book gives a strong overview about the use of Setting and shows how to use Setting to reveal characterization and add sensory details to draw the reader into a deeper experience of the story. Book 2 focuses on how Setting can add emotion to the page, up the conflict/tension and reveal back story. Book 3, which will be released this fall, will focus on using Setting to anchor the reader into the story quickly and smoothly, how to integrate setting while using action, using Setting as a character in the story and series, and a lot of additional details. They are currently available in e-format only to keep the price point low ($2.99 a piece,available for now only on Kindle). Early in 2014, I will release a print version with additional material but will retain the e-versions too as a way for writers to test the craft concepts in an easy and affordable way.

Characterization is the heart of fiction in my opinion. What can readers of book one expect to learn about this topic?

***Bottom line is if you change the POV of a character on the page how they see, experience, and relate to their Setting should also change. Setting should not be static on the page but can help a writer show who the character is to the reader by how that character experiences their Setting. Writers can also show secondary characters via Setting as the POV character notices whether a person fits in or stands out against specific Settings. By using Setting more effectively you don’t stop the pacing of the story by throwing in a large chunk of narrative (which straight Setting description can be) or leave the reader with no idea of where the characters are physically.

Book two includes a focus on conflict, which is my other favorite element to include.:P How easy or how difficult is it to develop a conflict that will draw readers in.

*** For many writers, especially newer writers,it’s hard to create conflict on the page because as adults we spend a lot of our time avoiding or minimizing conflict in real life. What happens then is we keep making nice things happen to our characters, which decreases the tension,flatlines our pacing, and makes for a boring story. Fiction is all about raising story questions in the reader’s mind so that they will keep turning the pages to discover the answers. Conflict raises questions. Showing a character in conflict with the Setting (struggling against a storm, looking at the cloudless sky in Oklahoma in the 1930s, trapped inside a cabin during a snowstorm) ups the tension and shows not tells how the character is feeling.

Book three, coming this fall, talks about"anchoring." I don't know that term. Please explain a little about it.

***Anchoring is a term I use to describe how an author must quickly orient the reader into the where and when of the world, as well as how much time has passed since they last saw this POV character. Anchoring happens most often at the opening of a chapter or the beginning of a scene change. If as the writer we assume the reader knows the where, when and time passage and neglect anchoring the reader, the reader can shift their focus from the story trying to figure out what’s going on. Anchoring is a form of transition and can be done seamlessly using Setting, once you’ve been shown how to do it.

Tell an interesting story from your non-writing life.

*** I think all of life is fodder for a writer<grin>. A few years ago my husband and I took a vacation to ride elephants in Thailand. While in northern Thailand I was hoping we’d be able to also visit Laos but as we got to the border they closed it. That’s when we discovered that for a few bhat you could bribe some of the river people to ferry you across the Mekong for a quick visit. So I said, let’s go. Had an amazing time until we decided to return to Thailand. That’s when we discovered sneaking back into Thailand wasn’t that easy. We finally had to pull the clueless-tourist card and they relented and let us back in.

Any words to readers to close this interview?

***I love to connect with folks on Facebook (Mary Buckham fan page); Twitter; LinkedIn and Pinterest. I can also be found at my website and info on the Urban Fantasy series (including fun images/biosof the main characters) can be found here  and the YA/NA series here.

If interested in my last online courses checkout http://www.WriterUniv.com (they have lots of fun workshops).